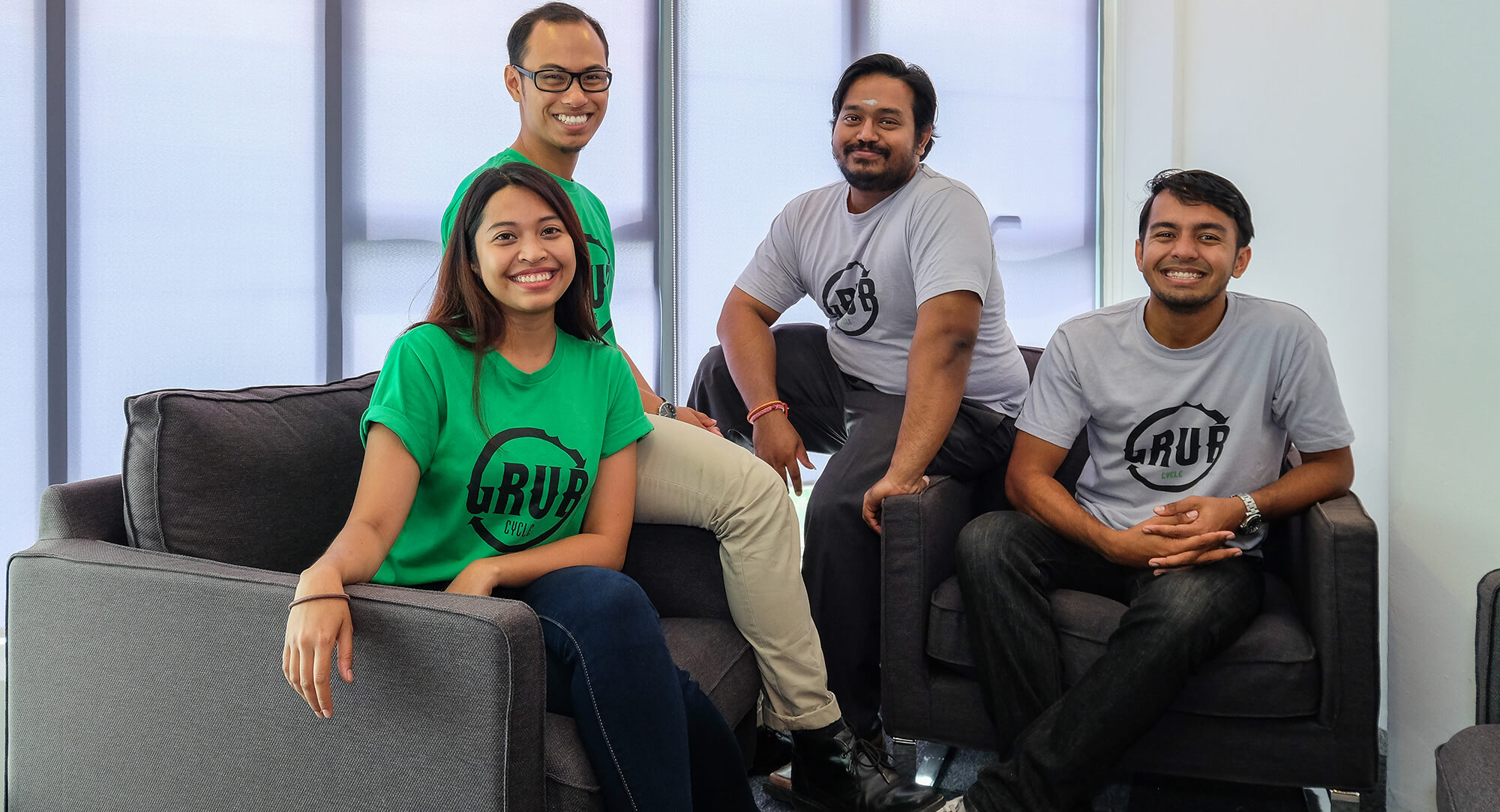 Everything is not as it seems. While a majority of us are probably going to have three meals a day — some a few more (not judging) — there’s still a significant portion of the population that struggles to make ends meet let alone have all of their meals.

About 15,000 tonnes of food goes to waste in Malaysia alone.

Founders Redza, Asyraf, Hawanisa and Chacha decided to come together and tackle this very issue of food wastage through practical means.

Through Grub Cycle they create awareness about food wastage in Malaysia through a range of initiatives. The general gist of what they do though is that they make surplus food accessible to purchase at a lower price.

And no. They’re not selling people’s leftovers. Entirely.

They have an app named Grab Bites (iOS and Android) that users could use to purchase surplus grocery products and cafe food that would’ve otherwise gone to the bin.

This way foodies get to save a couple of bucks on food, and they also play a role in saving edible surplus food from cafes and grocery stores that would otherwise end up as waste. 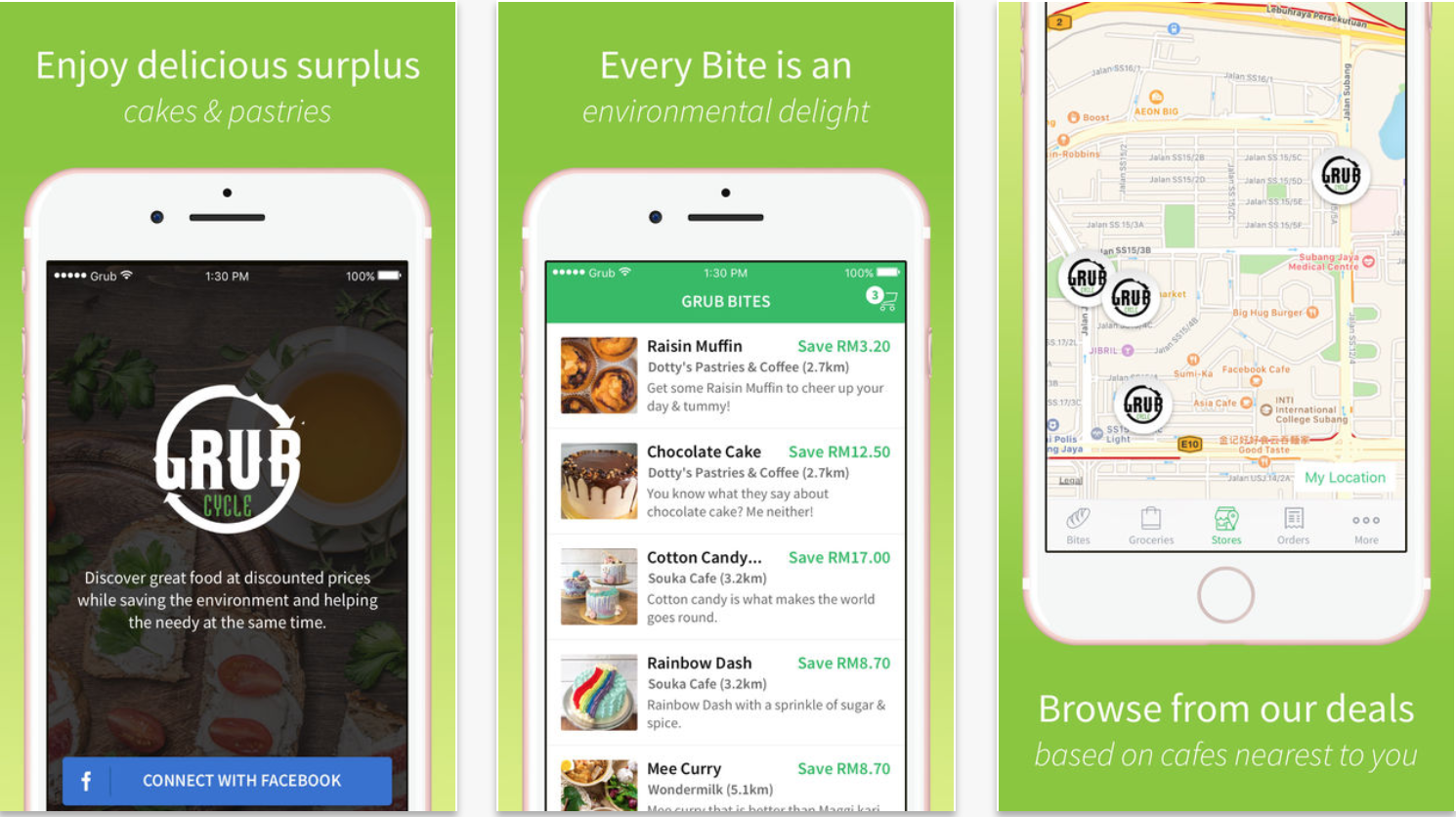 Part of these proceeds then go towards subsidising the cost of basic food necessities for marginalised communities. They deliver “Grub Bags” with rice, cooking oil, sugar, salt and eggs on a monthly basis to low-income households as a way of empowering them while reducing their economic burden.

At the time of this writing they’ve delivered about 200 grub bags, recouped close to RM16K in customer savings, and redistributed 1678 kgs of food.

If you’d like to support this effort exclusively you could opt for one of their 3 Grub Bag plans that retail for RM45, RM75 and RM150 respectively.

Also On Jireh's Hope: These 5 Modern-Heroes Are Finding A Solution To A 15,000 Tonne Food Waste Issue In M'sia 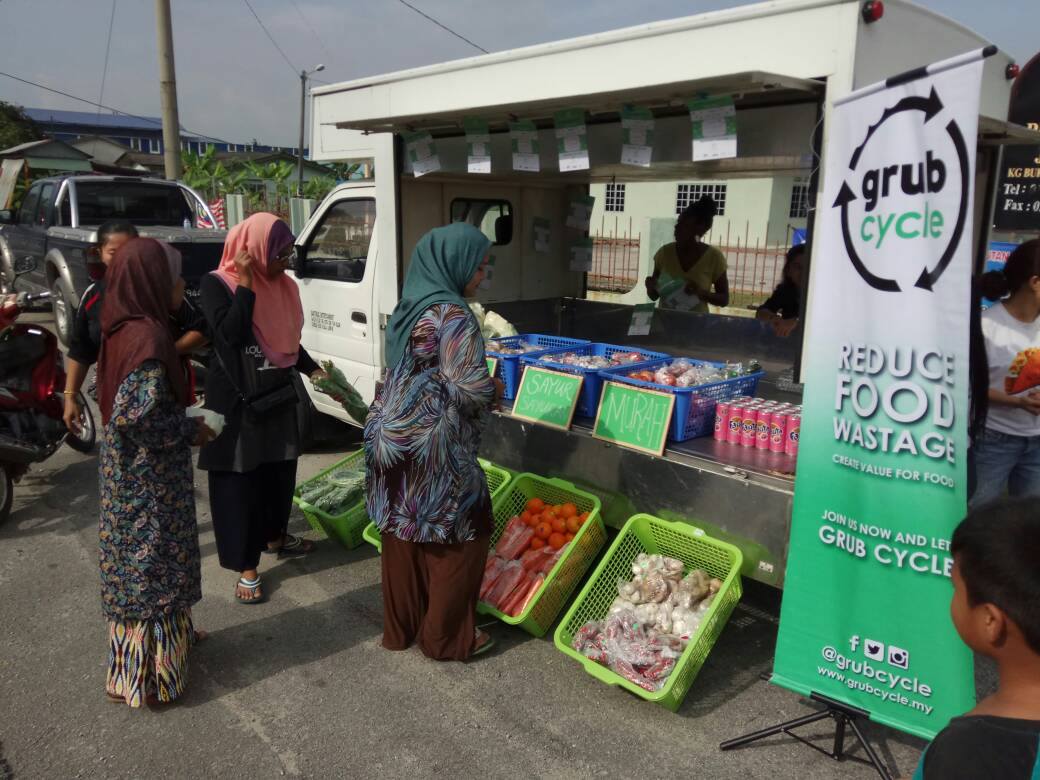 Additionally, they also launched their first mobile supermarket in Bukit Lanchong. Through this solution they offer food products that’ve been transformed from fresh fruits and vegetables that would have otherwise been thrown away because of standard supermarket policy.

While this is a much newer effort, they’ve been doing something similar through their Grub Homemade arm. Their Chef-in-Residence works on recipes based on food products that in all likeliness won’t be consumed.

In total Grub Cycle has 4 main initiatives that are all dedicated to the idea of curbing food wastage and improving its utilisation.

Why Is This An Important Issue? 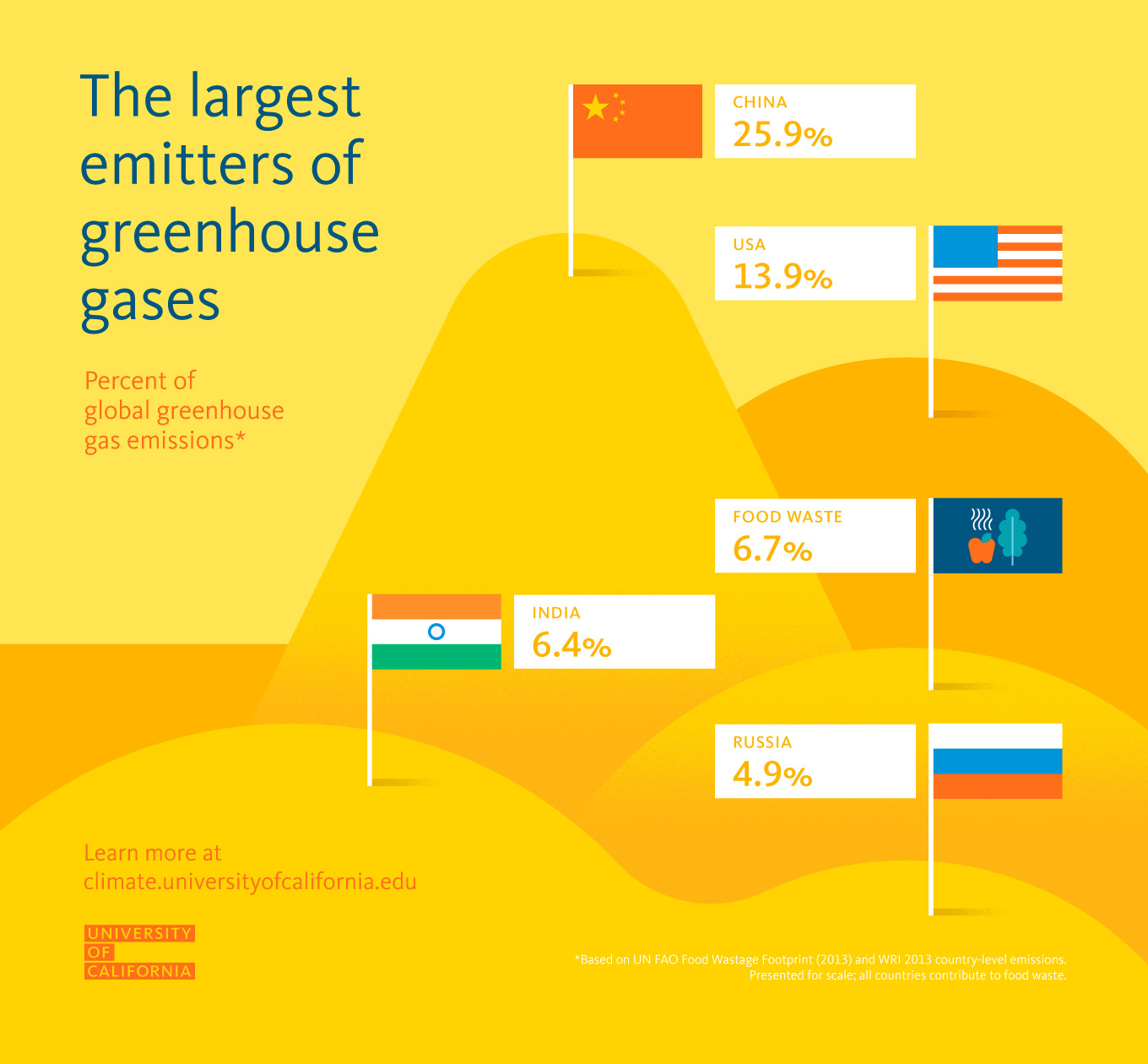 According to this article on Channel News Asia, Malaysians generate 38000 tonnes of waste every day, and about 15000 tonnes tends to be food waste. And this doesn’t just occur at the final stage where you get to dine on your scrumptious meal.

There’s food wastage at every step of cycle, and as this continues to accumulate and decompose it releases methane which is essentially a greenhouse gas.

In isolation this may not be a huge issue. Not big enough for one to ponder. However to put things into perspective 7% of the greenhouse gas emissions comes from food waste worldwide.

And if all the food waste was to be gathered in one single place it would be the third largest emitter of greenhouse gases according to this article.

Hence, precautions have to be taken incrementally if we’d like to cause social change not just socially but also environmentally as Grub Cycle is currently doing.